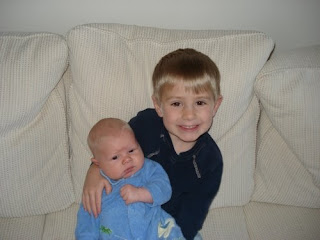 Eli loves being a big brother. He likes to help mama with the baby. He also likes to do everything that Renton is into. Eli is not quite old enough for soccer, but Renton's coach lets Eli practice with the team. We've also been worried about how much he hasn't grown, but he just had a growth spurt and I think he has decided that food is OK again! In fact, he was tall enough to ride the dragon roller coaster at Hollywood connection today. Last time we were there he was an inch or two too short, and he has been terrified of the ride since he was very little. He rode it 3 times today! Way to grow and overcome your fears!
Posted by Merry Robin at 9:42 PM 1 comment: 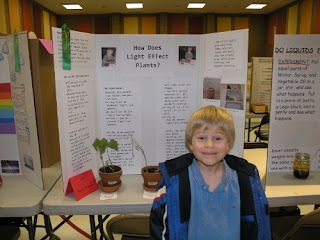 Renton decided he wanted to do the science fair. He planted some beans and watched how they sprouted, each in a different amount of light. He ended up winning first prize for Kindergarten! 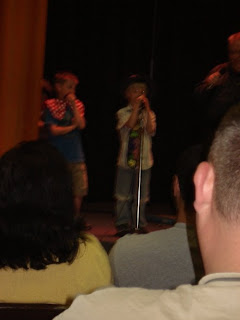 Renton also wanted to do the talent show at school. His cousin Gabe had told jokes at his talent show, so Renton wanted to do the same thing. He did a very good job. His jokes?
Why do birds fly south for the winter? Because its too far to walk.
Why does a flamingo lift up one leg? Because if he lifted up both legs he would fall over.
What do you call a gorilla with a banana in each ear? Anything you like, he can't hear you!

Renton has a pirate grin with all the teeth he is missing! He has almost finished his first year of school. He plays hard with his soccer team. He loves to hold his baby brother.
Posted by Merry Robin at 9:30 PM 1 comment: 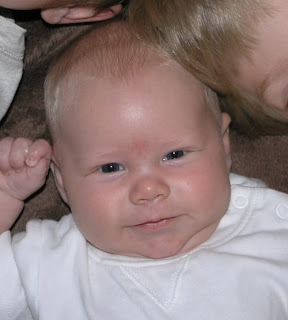 I just love that smile! 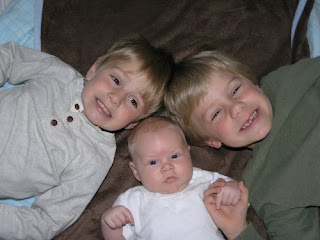