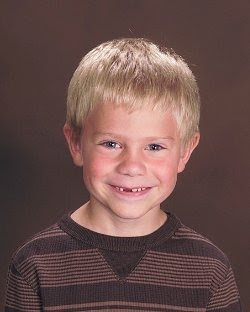 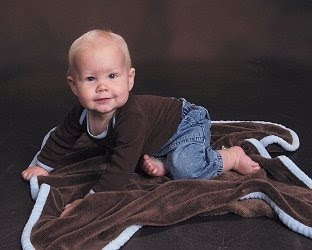 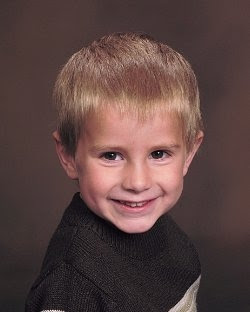 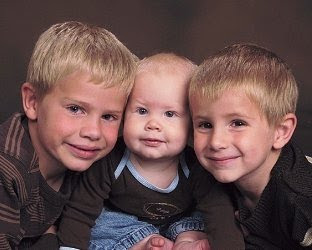 So, I got informed this year that our house was not scary enough. I guess I was voted a great wussy-pants for not wanting to add death and gore to our home... I don't get it. But I did concede a little and we got some more halloween decorations, which included a glittery skull and skeleton lights. The boys were thrilled, even though I didn't take Renton up on his idea to turn the front yard into a cemetery. Of course the big question this month was, "What to be for Halloween?". Eli was set on being Link from Legend of Zelda. I was actually very excited about this costume and designed it after the latest Link from Twilight Princess. Renton was Jack Skelington from The Nightmare Before Christmas, also known as The Pumpkin King. Jory got to be my favorite costume that I've ever made, a little red dragon. As a side note, Eli wore that costume when he was 14 months old, and Jory wore it when he was 8 months old. Yikes! 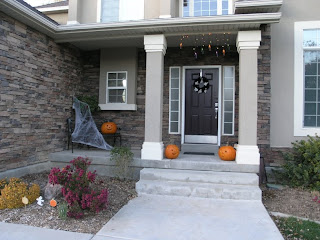 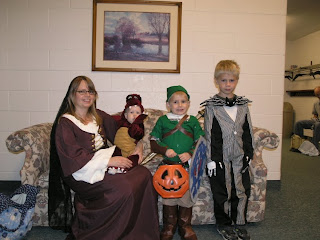 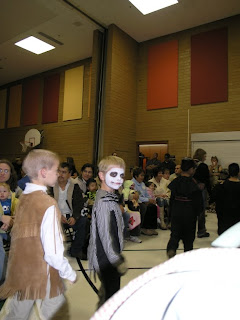 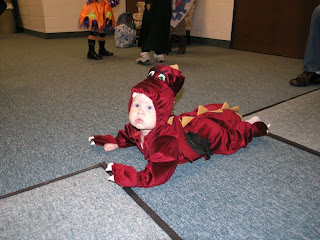 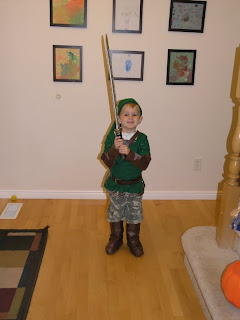 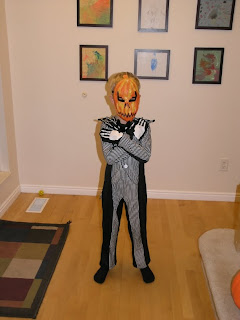 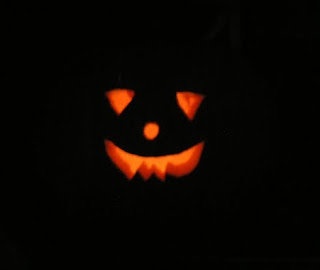 Renton's Jack-o-Lantern, his own creation! 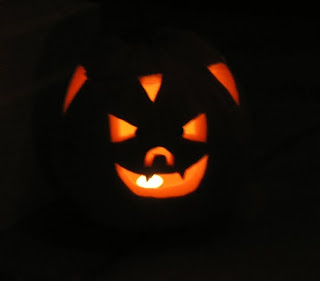 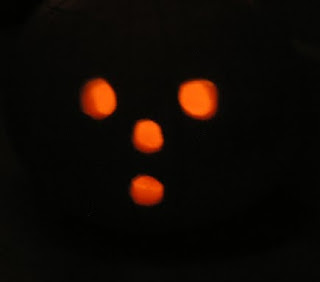 Eli's Jack-o-Lantern, a ghost!
As for other stuff going on this month... Jory started pulling himself to a standing position on just about everything: the coffee table, the banister, mom's pant leg while she is cooking so she can't move or he will fall just to name a few. It is so fun to watch him progress! With Jory's new found mobility (crawling) and ability to stand up, Eli decided that Jory was OK to play with, and they have become very good friends. They love to play together and laugh together! Renton tried his hand at photography this year for his school's Reflections contest. He didn't place, but he sure had a lot of fun! We got a surprise visit from Grandma Steinkuhler this month, too! There was a problem with her conecting flight in Salt Lake City of all the lucky places, and we had her over to spend the night. That was very fun! We stayed up late talking, and surprised the boys in the morning when they woke up. So, it was a quick visit, but very enjoyable! 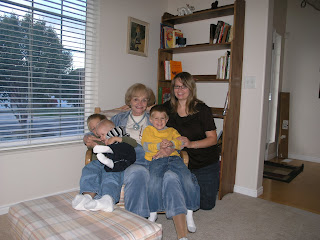 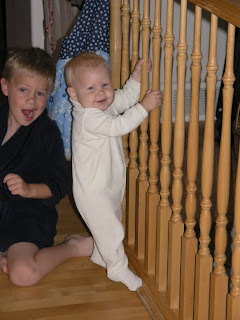 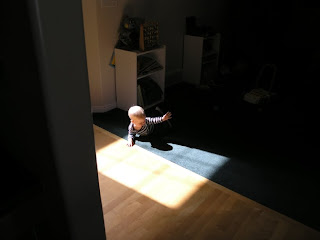 Jory playing with his shadow. 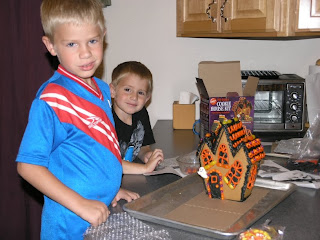 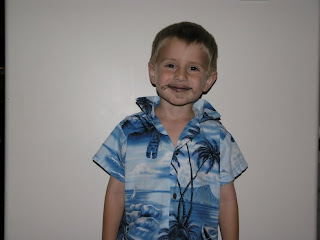 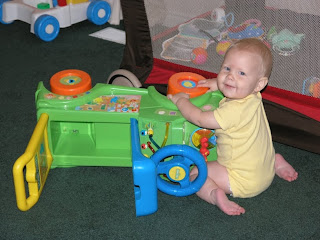 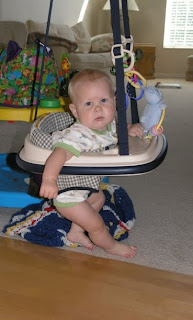 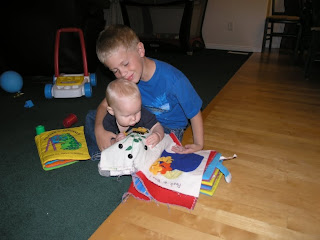 So, I'm attempting to catch up on the busy months of my life! I started on September with Soccer and School pictures, but I thought I'd add more. Renton started 1st grade and is loving it. His scores in Math and Reading are consistently very high. His favorite part of the day is recess (good for him!) And we gave him the option to buy a hot lunch at school if he wanted to when school started, which he sprang on. After 2 weeks of school lunch he started begging me to make him a lunch to take! Just recently he told me that the other kids wish that they had lunch from home too! Ryan and I just have to chuckle about that. Eli started Preschool and loves it! We are doing a neighborhood preschool again with 5 kids and 5 moms, each mom taking turns to teach. One mom is very into science experiments (Eli calls them experience, love it!) and I think that is his favorite. He and I have been working on reading too, just the fundamentals, but he is excited to learn to read like Renton. Jory learned how to sit himself up. He also discovered the joys of the baby bouncer, his new favorite toy! 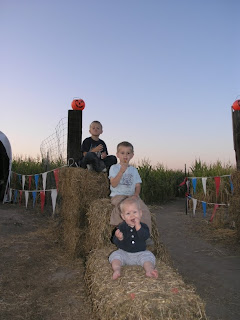 The boys at the end of the maze. 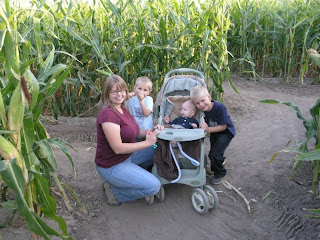 Mama with the boys. 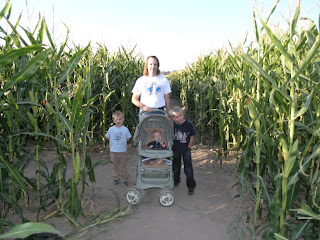 Daddy with the boys.
Our big family outing for the month was going to the corn maze. Jory was pretty good through it, and the boys had a blast! We let them take turns as to who got to choose which fork in the road. It was a very fun day!
Posted by Merry Robin at 9:43 AM 1 comment: